A ‘MASSIVE’ NIGHT OF MUSIC AND MEMORIES 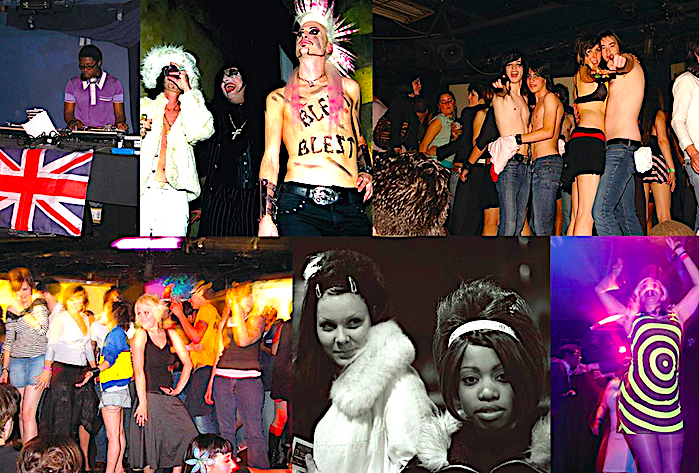 For many of us, it’s hard to wrap our heads around the fact that the late 90’s and the early 2000’s are considered “retro” or “nostalgic.” But they are, at least by the kids who frequent dance clubs these days. Which makes the return of Club Massive, (which brought some of the hottest dance clubs of that era together a few times a year back in the day) so momentous. A reunion of sorts for these promoters, the event features different rooms representing 10+ dance parties from the past, each with markedly different playlists– from 80’s new wave and pop (Beat It, Clockwork Orange) to brit pop, mod and 60’s sounds (Cafe Bleu, Shout!) to goth and darkwave (Helter Skelter, Coven 13) to industrial and techno (Sinamatic, Perversion) to disco and cheesy pop (Velvet) to indie and electroclash (Bang, Synthetic). We asked the DJs helming each room at this Friday the 13th/ unoffical pre-Cruel World festival event to give us an idea of what to expect Friday night by sharing the top 5 essential tracks they’ll be spinning in each themed room. Hot tip: if you put all these songs together on a Spotify or iTunes playlist, it makes for a pretty great pre-game soundtrack for the wicked weekend ahead.

“Beat and the Pulse” – Austra

“Red Light” – Siouxsie and the Banshees

“The Only One I Know” –  The Charlatans

“These Boots Are Made For Walking” – Nancy Sinatra

“Dancing with Myself” – Billy idol

“I Melt With You” – Modern English

“Into the Groove” – Madonna

“Sex on Wheelz” – My Life with the Thrill Kill Kult

“Date with the Night” – The Yeah Yeah Yeah’s