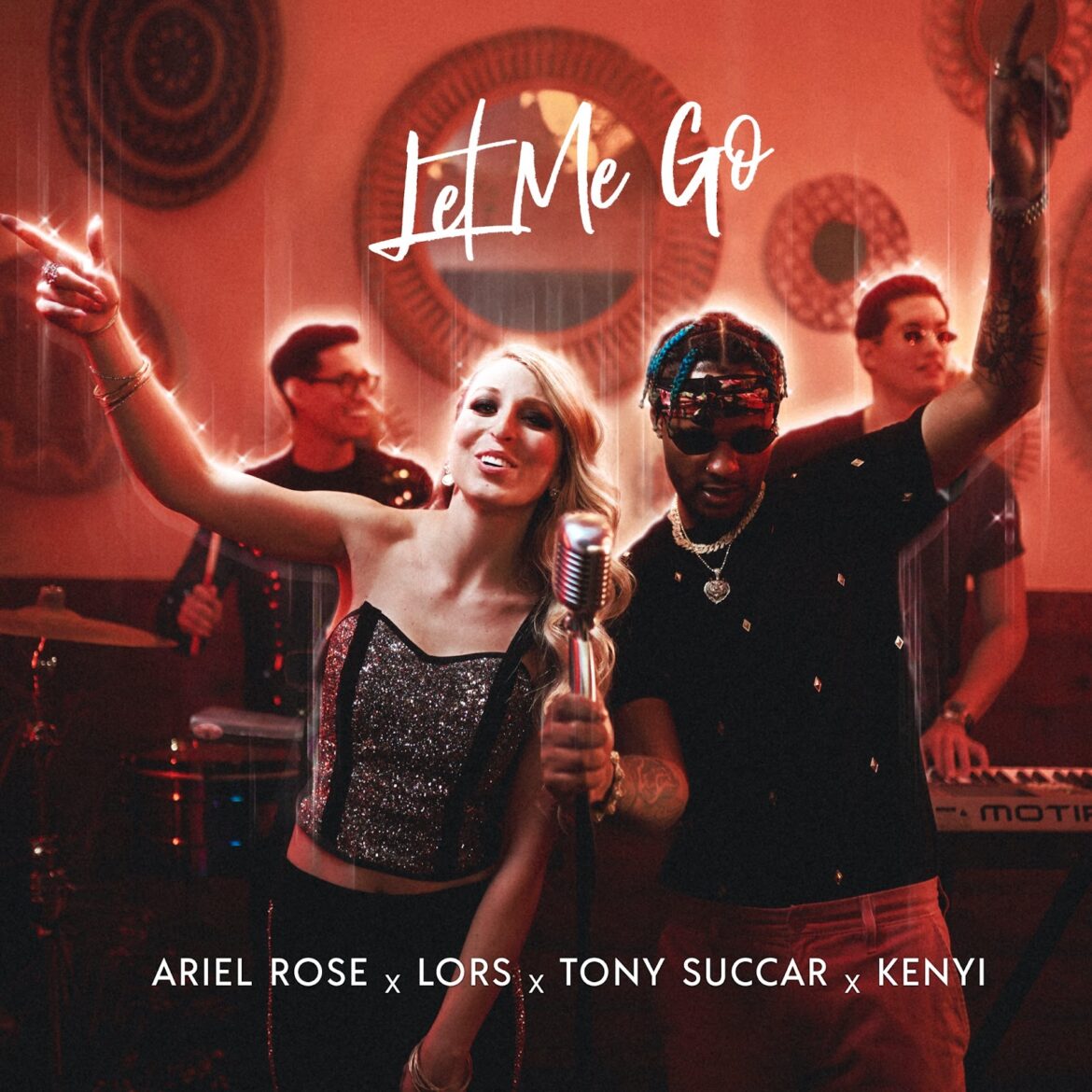 “Let Me Go” is about trusting your instincts when deciding whether to stay or leave a relationship, and staying true to yourself. The song starts with Ariel questioning a relationship when she sings,“You’ve got me thinking this is how our story ends” and features playful lyrics, “If I left, would you go right? Would you chase me through the night? Or would you let me go?” LORS responds with a melodic rap stating, “Yo soy un malo pero sigo contigo. Conmigo siempre la pasas divertido,” meaning that while he’s a bad boy he always has a great time with her.

“‘Let Me Go’ was inspired by my love for Latin and pop music, and my background of growing up in the multicultural, beautifully diverse city of Miami! I wanted to create a lively and fun fusion of tropical sounds using a play on words (“If I left, would you go right?”) while collaborating with an incredibly talented group of musicians. This song stays true to who I am as an artist as well as the music I love to listen to, and I feel honored to be able to share it with you.” – Ariel Rose.

The music video was directed by Jose Alejandro Gonzalez of JAG Productions. In the video, we see scenes of Ariel in her bedroom contemplating the end of a relationship, and getting ready to leave home, ultimately deciding to go out to a nightclub to forget her troubles. While she’s there, she takes the stage to perform with LORS, Tony Succar, and Kenyi.

Ariel Rose is a Miami-based singer/songwriter. Ariel became an award-winning artist at the age of 15 with her single, “My Perfect Day,” which won 1st place in the Pop Category in the Great American Song Contest. More recently, Ariel Rose was the featured vocalist on a Suncoast Emmy-winning project, called River of the Last Valley in the musical composition & arrangement category. Her love for Latin multi-cultural sounds and her classically-trained background caught the attention of multi-Latin Grammy nominated Colombian producer Juan Vicente Zambrano. Zambrano produced her first album, Rhythms of Life, which she recorded in English & Spanish. Ariel released a salsa version of Adele’s “Send My Love (To Your New Lover),” combining the rhythm & instrumentation of salsa with her strong melodic pop vocals to create a lively, fun & fresh new take on the song. She has been writing new music while developing her network & fanbase, and has gained 21k+ followers on Instagram. Having performed around the country for various events, her voice has captured the attention of thousands. Ariel released her original single & music video, “Somebody Loves You” in May 2020 and partnered with the United Way to raise funds for its Miami Pandemic Response Fund. Her latest release, “En el Paraíso” has garnered 50k+ views on YouTube and was the first single off of her new Spanglish Visual EP, In Paraíso that she will be releasing in May.

Tony Succar is a Grammy nominated/Latin Grammy winning Peruvian-Japanese American percussionist, composer, arranger, songwriter, producer, and television personality. Succar rose to recognition with his project, Unity: The Latin Tribute to Michael Jackson, a salsa influenced musical tribute to the late king of pop, Michael Jackson.  Shortly after, Succar collaborated with the Latin Grammy winning producer and songwriter, Jorge Luis Piloto, along with singer/songwriters, Jean Rodriguez, Angel Lopez, and Judith Hill on his album of original songs, “Mas De Mi.” His first original album landed Succar two Latin Grammy wins in 2019 for Best Salsa Album and Producer of the Year. Succar has been a guest judge on the hit Peruvian show, “Yo Soy,” as well as a vocal coach on “La Voz Peru.” He recently collaborated with Gente de Zona, Motiff, & Pucho y Tucutu on “Tuki Tuki” as well as Luis Enrique & Sheila E on “Bailar (Salsa Version).” Succar was nominated for his first Grammy in the Best Tropical Album category for his album “Live in Perú.”

LORS is a New York based Dominican singer, songwriter, and rapper. He has over 2 million streams on his song “Pal’ de peso” with Rochy RD and has collaborated with artists R1 La Esencia, Jaudy, Yampi, and many others. Recently, LORS released his song “Del Suelo,” where he teamed up with Venezuelan freestyler and rapper, Akapellah.

Kenyi is a Peruvian-Japanese American producer, composer, and songwriter. He has collaborated with his brother, Tony Succar, on “Worst Way” and “Tu Mejor Equivocación” with the Latin Grammy winning producer and songwriter, Jorge Luis Piloto, as well as Tik Tok sensation, YX.  Kenyi recently collaborated with Fafa to release their version of Juan Luis Guerra’s “Ojalá Que Llueva Café.”