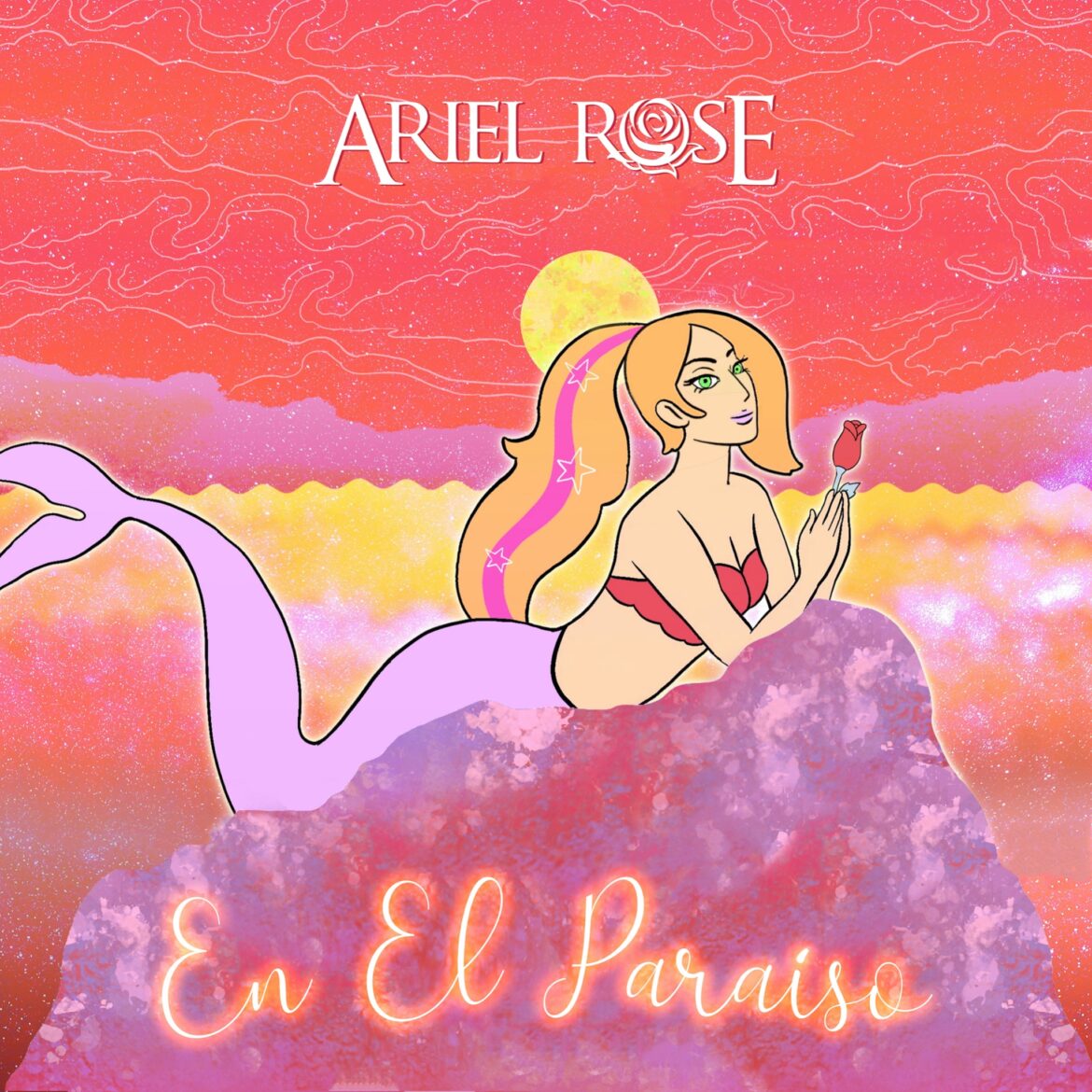 “En el Paraíso” is an empowering reggaeton and bolero-influenced Spanglish song about finally making the decision to leave a relationship. It features the production of the Latin Grammy nominated Producer Duo Mike Muñoz & Gio Fernandez.

“I’ll be on an island just vibin,’ Y solo pienso en mi. Estoy mejor sin ti,” Ariel sings, declaring she is much better without that person who stayed behind in her past. The song features a fun call and response salsa influenced bridge with powerful pop vocals and is bound to leave you in a dreamy state of mind.

“I’m beyond excited to be releasing my Spanglish single ‘En El Paraíso.’ This has been a long time coming and I’m ecstatic that people will finally get to enjoy this fun, empowering song that mixes all of the elements of who I am, including my love, respect, and admiration for Latin music,” Ariel Rose said.

The music video was directed by Jose Alejandro Gonzalez of JAG Productions and cuts between scenes of Ariel Rose in real life and in animated form. We see neutral light colored scenes of Ariel in her bedroom ready to move on, juxtaposed with bright, vibrant and colorful cartoon images of Ariel in her own version of paradise. This is an electrifying song that portrays the importance of doing what is best for you and moving on from the past.

Ariel Rose is a Miami-based singer/songwriter. Ariel became an award-winning artist at the age of 15 with her single, “My Perfect Day,” which won 1st place in the Pop Category in the Great American Song Contest. More recently, Ariel Rose was the featured vocalist on a Suncoast Emmy-winning project, called River of the Last Valley in the musical composition & arrangement category. Her love for Latin multi-cultural sounds and her classically-trained background caught the attention of multi-Latin Grammy nominated Colombian producer Juan Vicente Zambrano. Zambrano produced her first album, Rhythms of Life, which she recorded in English & Spanish. Ariel released a salsa version of Adele’s “Send My Love (To Your New Lover),” combining the rhythm & instrumentation of salsa with her strong melodic pop vocals to create a lively, fun & fresh new take on the song. She has been writing new music while developing her network & fanbase, and has gained 20k+ followers on Instagram. Having performed around the country for various events, her voice has captured the attention of thousands. Ariel released her original single & music video, “Somebody Loves You” in May 2020 and partnered with the United Way to raise funds for its Miami Pandemic Response Fund. “Somebody Loves You” is an inspirational pop ballad featuring uplifting lyrics & powerful vocals that conveys the universal message of love and hope. Currently, Ariel Rose is working on new music, as well as a song collaboration with Venezuelan artist, Astrid Celeste, who is the daughter of the Latin Grammy winning multi-hit songwriter and producer, Yasmil Marrufo.