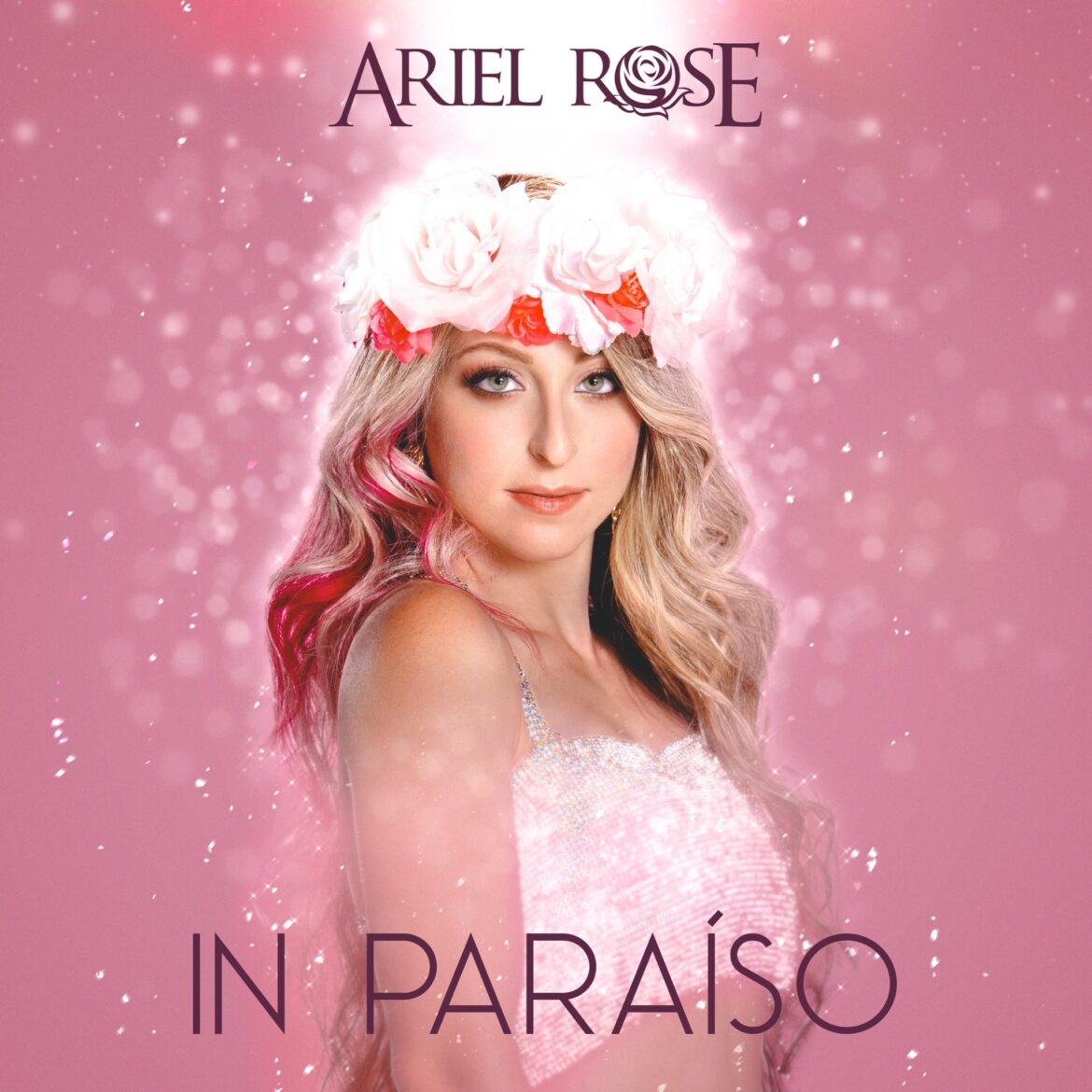 LISTEN TO THE EP HERE

From reggaeton and bolero influences to salsa, trap, and pop, Ariel Rose’s EP, In Paraíso, is a Spanglish blend of genres all inspired by her beautiful hometown of Miami. From start to finish, In Paraíso takes listeners on a journey, contemplating leaving a failed relationship (“Let Me Go”), deciding to move on (“En el Paraíso”), meeting someone new (“Atrapada”), and finding love again (“Your Lovin’”). The music video for “Your Lovin’” was also released today with the release of her EP. The songs evoke different emotions as she takes us on the journey to finding inner peace and happiness.

In Paraíso is a celebration of diversity that unites rhythms and cultures from Peru, the Dominican Republic, Japan, Cuba and the United States. Featuring Dominican rapper LORS, the production of the Latin Grammy nominated producer dynamic duo, Mike Muñoz & Gio Fernandez, producer and musician Kenyi, alongside powerhouse two-time Latin Grammy-winning/Grammy-nominated producer Tony Succar, In Paraíso is a multicultural tropical fusion of sounds that will make you want to dance and pull at your heartstrings.

“I cannot put into words how thrilled I am to see this project finally come to life. I’m so proud of the songs and music videos we dreamed of and made a reality, the team that carried me through this process, and all of the people who have supported me along the way. I hope everyone enjoys this visual EP that we so carefully put together with all the love in the world. The songs make you feel, dance, and take you into a whole new dimension,” Ariel Rose said.

Together with the EP, Ariel Rose released the focus track “Atrapada,” which she wrote with salsa masters Tony Succar and Latin Grammy-winning songwriter and producer Jorge Luis Piloto, who has written hits such as Luis Enrique’s “Yo No Se Mañana.” “Atrapada” features fun, flirty lyrics in Spanish and has an English twist at the end that is sure to leave listeners in a great dancing mood! 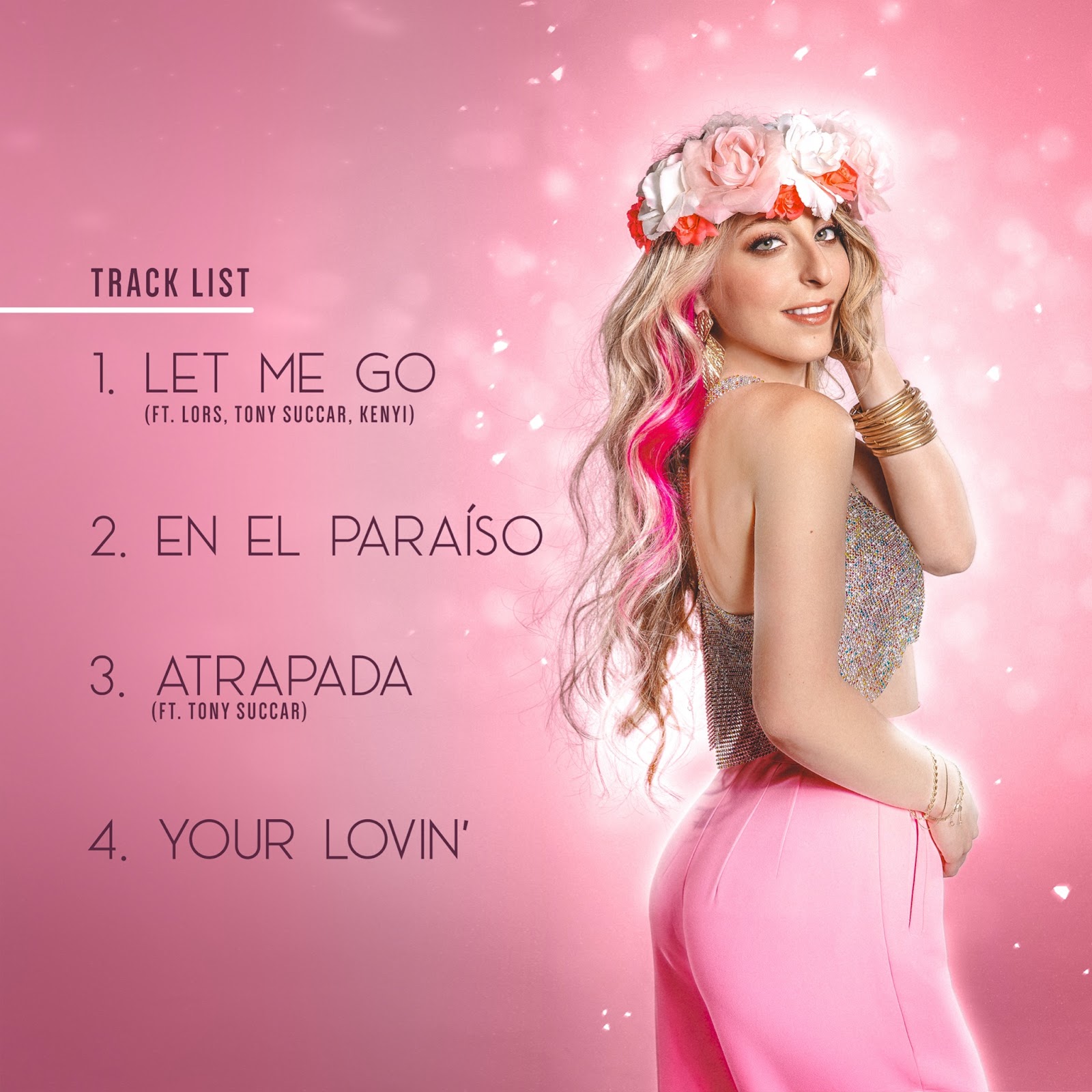 Ariel Rose is a Miami-based singer/songwriter. Ariel became an award-winning artist at the age of 15 with her single, “My Perfect Day,” which won 1st place in the Pop Category in the Great American Song Contest. More recently, Ariel Rose was the featured vocalist on a Suncoast Emmy-winning project, called River of the Last Valley in the musical composition & arrangement category. Her love for Latin multi-cultural sounds and her classically-trained background caught the attention of multi-Latin Grammy nominated Colombian producer Juan Vicente Zambrano. Zambrano produced her first album, Rhythms of Life, which she recorded in English & Spanish. Ariel released a salsa version of Adele’s “Send My Love (To Your New Lover),” combining the rhythm & instrumentation of salsa with her strong melodic pop vocals to create a lively, fun & fresh new take on the song. She has been writing new music while developing her network & fanbase, and has gained 20k+ followers on Instagram. Having performed around the country for various events, her voice has captured the attention of thousands. Ariel released her original single & music video, “Somebody Loves You” in May 2020 and partnered with the United Way to raise funds for its Miami Pandemic Response Fund. “Somebody Loves You” is an inspirational pop ballad featuring uplifting lyrics & powerful vocals that conveys the universal message of love and hope. Ariel’s single, “Let Me Go” has already garnered over 123k+ views on YouTube. Currently, Ariel Rose is working on new music to release in the fall after her EP, In Paraíso.

Tony Succar is a Grammy nominated/Latin Grammy winning Peruvian-Japanese American percussionist, composer, arranger, songwriter, producer, and television personality. Succar rose to recognition with his project, Unity: The Latin Tribute to Michael Jackson, a salsa influenced musical tribute to the late king of pop, Michael Jackson.  Shortly after, Succar collaborated with the Latin Grammy winning Producer and songwriter, Jorge Luis Piloto, along with singer/songwriters, Jean Rodriguez, Angel Lopez, and Judith Hill on his album of original songs, “Mas De Mi.” His first original album landed Succar two Latin Grammy wins in 2019 for Best Salsa Album and Producer of the Year. Succar has been a guest judge on the hit Peruvian show, “Yo Soy,” as well as a vocal coach on “La Voz Peru.” He recently collaborated with Gente de Zona, Motiff, & Pucho y Tucutu on “Tuki Tuki” as well as Luis Enrique & Sheila E on “Bailar (Salsa Version).” Currently, Succar is nominated for his first Grammy in the Best Tropical Album category for his album “Live in Perú.”

LORS is a New York based Dominican singer, songwriter, and rapper. He has over 2 million streams on his song “Pal’ de peso” with Rochy RD and has collaborated with artists R1 La Esencia, Jaudy, Yampi, and many others. Recently, LORS released his song “Del Suelo,” where he teamed up with Venezuelan freestyler and rapper, Akapellah.

Kenyi is a Peruvian-Japanese American producer, composer, and songwriter. He has collaborated with his brother, Tony Succar, on “Worst Way” and “Tu Mejor Equivocación” along with the Latin Grammy winning producer and songwriter, Jorge Luis Piloto, as well as Tik Tok sensation, YX.  Kenyi recently collaborated with Fafa to release their version of Juan Luis Guerra’s “Ojalá Que Llueva Café.”