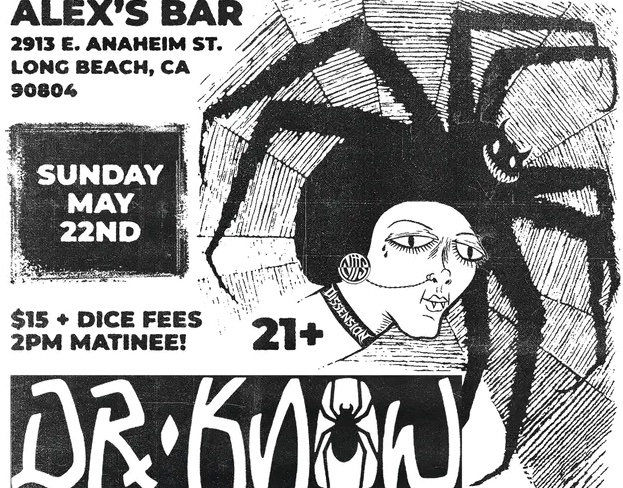 Band members have come and gone in Dr. Know. Back in 2010, Brandon Cruz and the then-current lineup split up, stating “The band played its last gig in May. Unable to find a suitable guitarist, the band went on a long hiatus. Still unable to get it’s shit together, the band disintegrated. We had fun. No doubt about that. The last 12 years of this version of the band went through some great times on the road and in the studio. We want to thank all of the fans who stuck by us, and to all of the people who helped along the way. dung face, Mike V., Jody, Eric, Sean, Eric V. N!k, Craig, Stevil, Rick and Gizz, you guys were amazing. Thanks to you all. Thanks to Kyle for starting the band with Ismael way back when. Thanks to the Nardcore Scene, The Jak’s Team, all the bands we toured with and played with, Malt Soda, Hello, and Unrest Records. We will never forget the fun and good times we had. It’s over for now. For some of us in the band, new things will happen. Stay tuned. We really had a blast out there.”

But that same day, Kyle Toucher reformed the Wreckage in Flesh era lineup, initially as “The Real Dr. Know,” and that’s pretty much continued to this day (eventually dropping “The Real.”) But Cruz, Ismael Hernandez, Fred Mattaquin and Larry White are also playing as Dr. Know again. It’s all very LA Guns, but what are you gonna do?

Dr Know Knows Nardcore: The event takes place at 2 p.m. on Sunday, May 22 at Alex’s Bar.